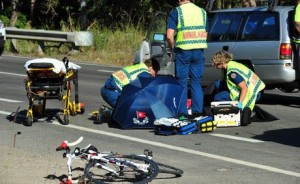 When you think of cycle accidents your first thought is probably of someone on a bike colliding with a motorist on the road, with the blame lying in either parties hands. However, cyclists can suffer accidents in other ways. In fact, there doesn’t necessarily need to be anyone else involved at all.

We’ve seen a long, harsh winter this year in the UK which has even extended all the way through March. Cold weather is a nightmare for cyclists; the roads can be incredibly slippery and treacherous and make it difficult even for the most seasoned of peddlers.

However, what is also a big danger to cyclists is the formation of potholes. These seem to appear literally out of nowhere when it cold. This is because water that seeps into the ground expands when it freezes, causing the road surface to crack open. When there are large build-ups of ice underground, this is where the nastiest of potholes can form.

Although car drivers may moan about these causing damage to their cars, it’s nothing compared to what can potentially happen to a vulnerable cyclist who goes over them at full speed when they haven’t realised they are there. Potholes can quickly cause imbalance, leading to falling off the bike and potentially causing further damage and personal injuries. 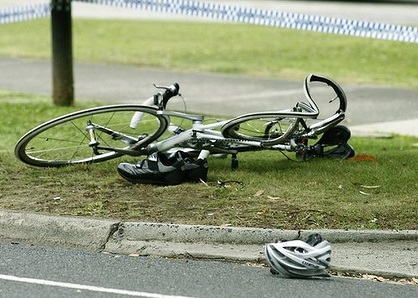 Some of the worst accidents that can be caused by potholes include being flipped over the bike’s handlebars, or colliding with oncoming traffic when losing balance. Of course, this can be devastating for the cyclist and their loved ones – all for something which easily could have been avoided.

So should a cyclist who has been injured by a pothole just put this down to a ‘bad experience’ or a typical accident. Is it right to believe that there is nobody to blame but themselves? The answer to this is a definitive ‘no’. As with anything where personal injuries occur, there is generally someone that can be held accountable.

On the majority of local roads, their maintenance and upkeep is the responsibility of the council. It’s fair to say that local authority budgets are fairly tight at the moment, yet they do have a duty of care to all that use the roads to ensure they are safe. Unless the pothole is very recently formed, it’s fairly likely that it will have been reported by someone else who has had trouble with it. They should then make the effort to come and ensure it is safe, and if not put in precautions to prevent it from causing harm to any road users.

If not, it is possible to make a compensation claim against your council for negligence. Make sure that you take photos of the pothole in question, and gather sufficient witness statements to help back up your claim should it come down to a legal contest.

About the author – If you have been injured by a pothole whilst riding your make you can make a claim for cycle compensation with Cyclaim – a firm of specialist bicycle accident solicitors.