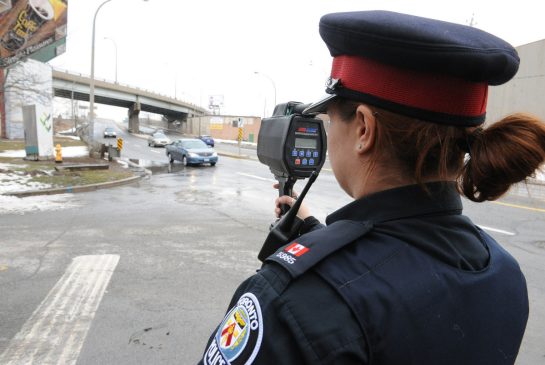 Police radar guns are an accurate method of determining the speed of a vehicle. With the use of these guns, police eliminate the need to estimate whether a driver is speeding, thus keeping the roads safer for other drivers and their passengers. More commonly, police have a fixed gun in their vehicles that allows them to track speed when they are parked. However, there are devices that can pick up the speed of another vehicle when the police car is moving, so watch your speed. 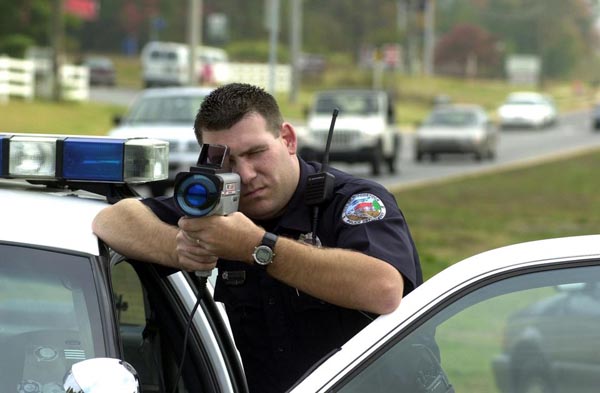 Radar speed devices are used for a lot of different applications, but the technology remains the same. Put simply, radar guns use the Doppler Effect to determine the speed of an object, be it a baseball or a Mustang. It puts out a ton of sound waves that travel through the air with virtually no difficulty. When they hit a moving object, the gun detects the changes in the sound waves and calculates them in such a way as to output the speed of said object. It can tell the difference between the waves it puts out and the waves that come back. While nothing is infallible, these devices are reliably accurate, so good luck arguing against one in court. 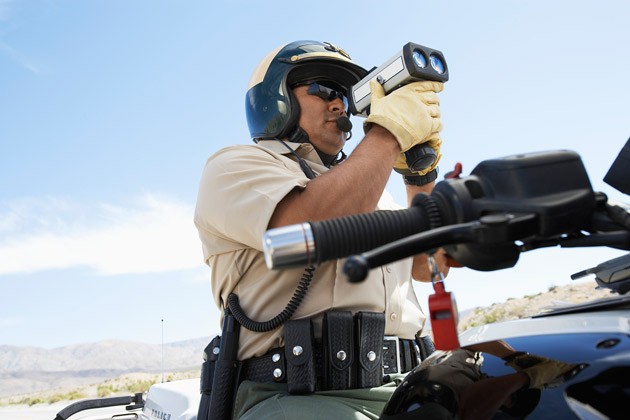 Jurisdictions that use radar guns for detecting the speed of vehicles are adding a level of accuracy and accountability to their traffic policing. Police who write tickets based on the results of radar gun readout have evidence of the incident. Police can and do write tickets based on their own word, but this way is safer for drivers and keeps officers honest. It is easy to get these radar guns and just as easy to implement them. Go online to stores like Radar Sports to get a feel for how these things work and maybe try one out for yourself. 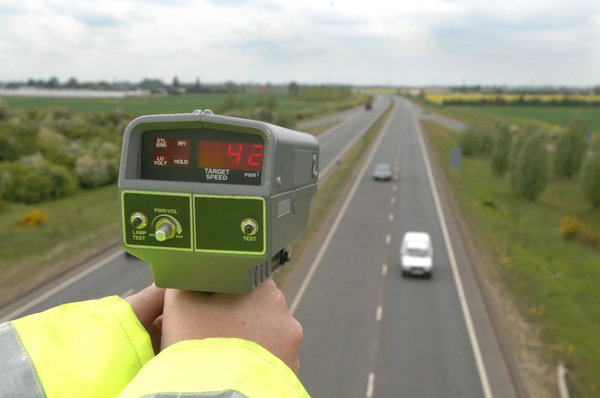 Whether you are a civilian or a police officer, you will benefit from the use of police speed gun for detecting speeds. Civilians can count on safer streets. Police officers can count on more offenders being accurately caught in the act of speeding. There is literally no other tool available that offers these results.