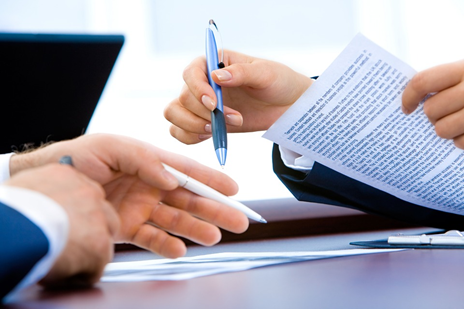 When thinking about the future, getting on in years or having a substantial net worth, it makes sense to create an estate plan. A will or other arrangement like a revocable living trust may be created to plan how assets are managed and what should happen when passing away.

If you wish to leave part of your estate to family members and perhaps donate the rest to charity, a properly prepared will ensures your wishes are respected. Or, so you thought.

There are different things that can go wrong in estate planning, which is the subject of this article.

Invalid wills can and do occur where a will is drawn up but is questioned after a loved one has passed away. At the time when the will is coming under scrutiny by different parties and reviewed for correctness, one party’s lawyer representing their interests may question its validity.

There are different reasons to question a will and whether it should be accepted. Certainly, an improperly drawn up document that fails to follow an accepted format or is ambiguous can be two issues. These are both good reasons to get a lawyer to create a will and avoid using a do-it-yourself will downloaded from the internet.

Fraud issues can arise when a will that doesn’t make sense appears among the deceased affairs.

Sometimes, a relative or partner will question the document, suggesting that it is improper or fraudulent. There can be many reasons for this, such as the people or organizations being donated to don’t make sense when compared to what the late person’s interests were. The signature on the document may not match their usual signature or it could even be unsigned.

A problematic will is not an uncommon as you might think, especially when there are considerable sums within the estate. The late entrepreneur Howard Hughes had a complicated estate due to dying intestate (with no apparent will). Subsequently, many people seemingly came out of the woodwork varyingly stating that they were long lost descendants, had a secret marriage, were holders of a valid will, and so forth. It took five years and five weeks in probate court to sort through the mess.

Lack of Mental Capacity and Other Concerns

A will can also be contested – especially when it’s been revised or replaced shortly prior to death – due to concerns over their state of mind or pressure having been applied to make changes to the will.

When a person is said to have been under undue influence by someone else or changed their will because of coercion or when under duress, the will can be disputed. This is because without such pressure having been applied, the deceased person’s will would never have seen changes or been replaced.

Another concern is a lack of mental capacity. This is where they were not in their right mind when having a will created or changed. For instance, they may have become senile or started to develop Alzheimer’s disease where their decisions can later be questioned.

To avoid legal issues over an estate, it’s always best to have a professionally drawn up will. However, if you have a legal issue over an estate that doesn’t seem correct, it never hurts to have the team at Pankauski Hauser PLLC run through estate dispute law with you. They can help determine if there’s perhaps cause to dispute how an estate is being divided up before it gets completed.

If you suspect a will is invalid or you have any concerns, always consult a legal professional as soon as possible.