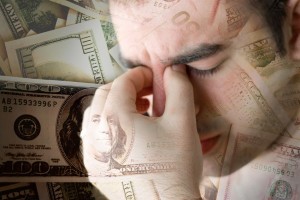 First off, people should be clear about one thing; there is no such term as “medical bankruptcy”. But, there indeed are many people who fail to pay their mounting medical bills that drain all their cash; this is how they go bankrupt. Sometimes, people refer to the situation as medical bankruptcy. Some of the recent studies have shown that huge medical bills are on the list of the top 4 reasons behind people going bankrupt in United States.

One of the studies from Harvard University tells that medical bills are consistently forcing people to file for bankruptcy. People believe that something like this only happens to those individuals who do not have a proper medical insurance in place; however, that is not true at all, as there are enough number of cases that show how even people with a medical insurance are forced to go bankrupt due to high medical bills. You can ask any bankruptcy attorney in Dayton Ohio or other major states of the country about the rise in number of bankruptcy cases due to extremely high medical bills. 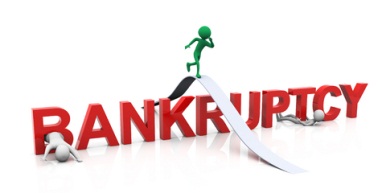 Studies show that around 78% of people who went bankrupt due to medical bills had one or the other medical insurance during the beginning of their illness. This easily proves that medical insurance policies are certainly not helping in making the situation any better.

Counter Measures Taken by US Government

The current President of United States, Barack Obama, is doing everything he can to improve the condition of Medicare regulations in the country, to help millions of American citizens. If the reforms are rightly implemented, we could potentially see a drastic decline in number of cases of medical bankruptcies. Some of the important proposals in the probable reforms include guarantee for choice of doctors and healthcare, better options of medical insurance policies for individuals with existing medical conditions, low cost of health care for long term and improvement in patient safety. These kinds of reforms can easily change the very face of medical care situation existing is United States.

3 Crucial Things You Must Do

That being said, the individuals should not stop worrying about the kind of things that they can do, to avoid landing in a situation like this. Mentioned below are three major steps that they should take:

Life post bankruptcy discharge never welcomes you with a smile, so, to make sure you don’t reach that stressful world it is important that you take necessary steps while you still can.

Author Bio – This guest post has been contributed by Josh Vanger on behalf of Fesenmyer Law Offices, LLC. He has written hundreds of articles for firms on the basics of bankruptcy laws, helping those in financial trouble in making well-informed decisions. Those looking for a proficient Dayton Bankruptcy Attorney can contact Fesenmyer Law Offices, LLC at (937) 222-7472 or josh@fesenmyerlaw.com for more information.