In the early stages of a loving partnership, it might seem unimaginable that money—the so-called “root of all evil”—would ever become the deciding factor in your marriage. But recent studies have proven that arguments over money are the number one predictor of divorce for both sexes (in fact, for men, money is the only predictor of divorce).

Differences in opinion on how to spend, save and invest can reveal deeper issues of incompatibility, and such arguments can often originate from one spouse’s feelings of helplessness or lack of power. Moreover, the same study says the earlier in the relationship the arguments come, the higher the chances of divorce. If squabbling and all-out warring over assets is problematic now, just imagine how volatile your relationship might become when that separation or divorce becomes a reality and property must be divided.

When couples separate or divorce, the Family Law Act articulates how properties and debts are sorted. You don’t have to be married to be in a spousal relationship—if you’ve lived as a couple under the same roof for at least two years, you’re covered by the same laws as a married couple, and your assets and debts are divided in the same way.

Your financial situation and material goods will be sorted into two groups: “family property,” or the things that are shared between the two of you and will be divided equally (for the most part); and “excluded property,” or the properties that were in someone’s possession before the marriage and are not to be shared post-partnership. Examples of family property include your bank accounts, RRSPs, money owing to your spouse, business interests, material goods (like furniture, real estate, vehicles, and so forth) you bought and shared while together, and your debts—but only the debts you accrued while living as a couple. Examples of excluded property include anything you owned personally before the marriage (or date you became spouses), personal gifts, your inheritance and awards from the court. 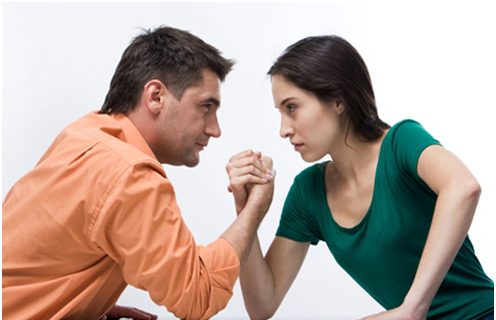 To illustrate the aforementioned rules, let’s imagine that Roger and Carolineare a couple trying to divide properties. At the beginning of their marriage, they buy a home together worth $400,000. Roger owes $20,000 to the bank from a line of credit, and Caroline owes $4,000. They buy a car worth $15,000 and various pieces of furniture worth $3,000. Caroline pays off her debt entirely and Roger pays his down to $15,000. Caroline then invests $4,000 in RRSPs and Roger receives an inheritance of $12,000, which he uses to pay his debt down to $3,000. Caroline takes out a loan of $10,000 to go back to school, and then suddenly receives a gift of $20,000 from a benefactor. Given this information, they’d be obligated to share their home, vehicle, and other belongings (and bank accounts) equally. They’d also divide Caroline’s RRSPs down the middle, giving $2000 to Roger. Roger’s lingering $3,000 is still his entirely, but he would owe Caroline half of the debt she accrued to go back to school, and would need to pay her $5,000. Caroline would get to keep her $20,000 gift.

This is a very simplistic illustration; things can get much more complex with rising values, business investments, and other particular circumstances. This makes exact dates and clear records extremely vital to determining who owes what. You’ll want to know what you owned before the marriage, and how properties and values changed while you were together. It’s a complex process and can catch many couples off guard—especially if you aren’t careful with your accounting.

For these reasons, try to think ahead and not assume your relationship is immune to these common concerns. No matter how perfect things seem, remember that in 2008, 40.7 percent of marriages were predicted to end in divorce in Canada—this figure gives your marriage a 59.3 percent chance of survival, statistically. 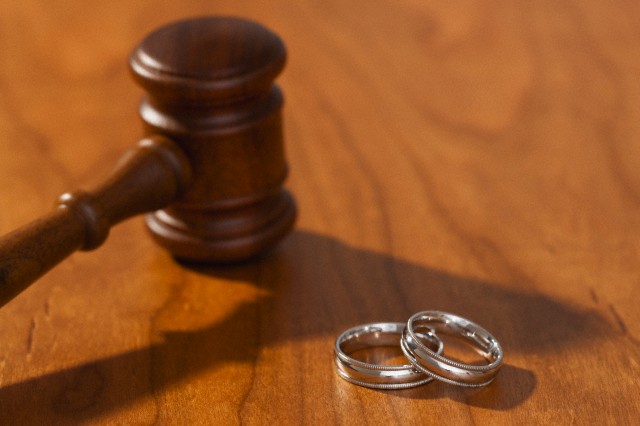 With money issues as our top predictor of a split, why not spend the time now formulating a cohabitation, marriage or separation agreement? In the United States, these prenuptial agreements are often associated with high profile celebrity unions, but they can be as practical for your average couple from southwestern Ontario.

With any complex legal agreement, it’s always best to seek help from a professional family law expert from a reputable and esteemed firm like McKenzie Lake Lawyers. They can help you draft marriage or separation agreements, can help you mediate and agree upon property divisions calmly and peacefully, and prevent you the anguish of going to court. Whether you’re embarking upon an exciting new relationship, or you are saying goodbye to your spouse, having an attorney on your side throughout the process will make money one less woe to worry about.