Each and every nation has some peculiar laws, by-laws, and regulations, rules written for bygone days that seem strange for modern citizens. Canada is no exception.

Canada holds a wide variety of odd-ball laws many aren’t aware of, mostly because such laws are rarely if ever enforced. Still, they’re in the rule book, and ultimately, are part of the Canadian legal system.

To ensure you don’t need to perform any quick legal research the next time you’re apprehended for painting a ladder or the like, below are a selection of some of the strangest laws native to Canada. 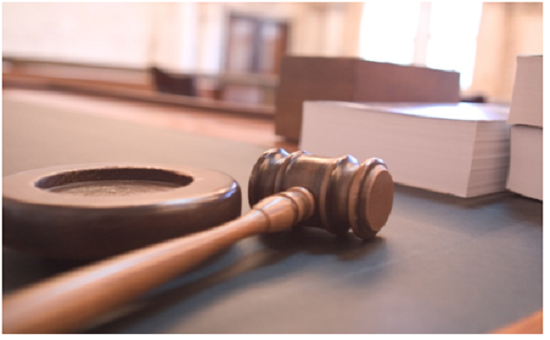 According to the Canadian criminal code, such “crime comics,” meaning any form of literature that uses images to relate a narrative where characters perform real or fictitious illegal acts, are banned as they have the potential to “corrupt morals.” In all likelihood, this law was created when crime thriller comic books were all the rage, a bit before superheroes dominated the genre. Still, the legality of gallivanting around town with a mask on and beating up on citizens can definitely be called into question, which could technically make Batman comic books a criminal offense.

In Ontario, your back license plate can’t be covered by glass or plastic.

Even if you have a sweet custom license plate, and you want to ensure it remains pristine enough so everyone can recognize the genius pun, the law forbids such protective coverings. Sorry “RDWRER.”

You can’t paint a ladder in Alberta.

Honestly, this just makes sense, as painting a ladder will make it incredibly unsafe to use, which is why the province of Alberta makes the act illegal.

It is illegal to show public displays of affection on Sunday in Wawa, Ontario.

Not taking kindly to PDA on the Lord’s day, Wawa, Ontario has long since made the practice illegal. I’d kind of like to know how frequently this law is enforced, because it seems like the term “displays of affection” could be interpreted in many different ways. No hugging on Sundays, just in case.

Having an internet connection faster than 56k is illegal in Uxbridge, Ontario.

My grandparents live in Uxbridge. Trust me that this law is kind of a moot point, because no one has/wants a faster internet connection than 56k anyway. Heck, some folks straight up don’t even have a computer.

You cannot wear a snake in Fredericton, New Brunswick.

A blessing for any ophiophobia or herpetophobia sufferers, the town of Fredericton N.N. forbids the wearing of snakes and even lizards being carried around on one’s shoulder. The only acceptable way to sport a snake/lizard is in a glass container.

The use of tap water to melt snow or ice is illegal in Beaconsfield, Quebec.

Make sure to always have plenty of road salt on hand if you’re living in Beaconsfield, as the city strictly forbids the use of drinking water to melt any snow or ice, no matter the time of day or year.

You can’t have grass taller than 8 inches in London, Ontario.

If a city wants to ensure everyone’s lawns are kept trim and tidy, the best way would be to make a law prohibiting grass that’s too long. I can’t claim that’s why London, Ontario created a bylaw making it illegal to have grass longer than 8 inches, but it’s definitely a welcome byproduct.

It is illegal to kill a sick person by frightening them in Canada.

Not that you would really want to, but the government of Canada made it very clear that the willful frightening any sick child or person will be counted as culpable homicide. So, you know, keep your pranking to a minimum.